They renew the flagship facility of Jardines del Rey 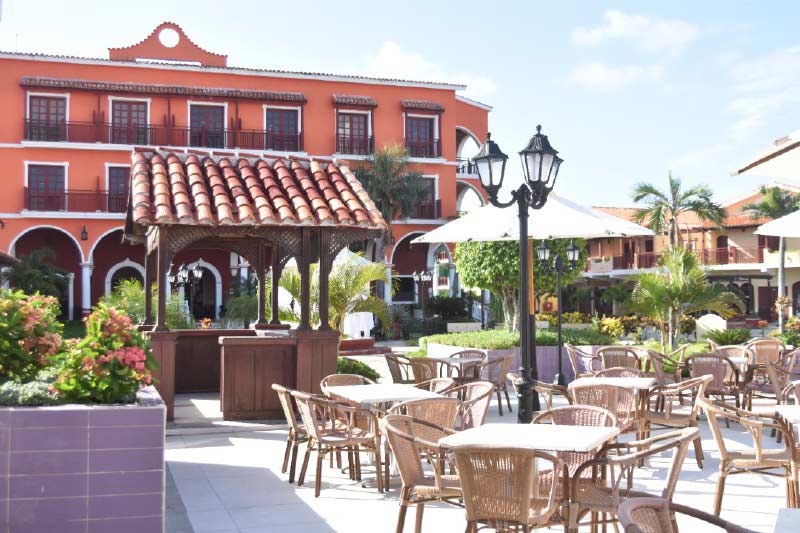 The proximity of the reopening and the 29th anniversary of its foundation as the initiator of tourist operations in the Jardines del Rey destination, in the north of the province of Ciego de Ávila, constitute essential motivations to renew the image of the Hotel Colonial Cayo Coco.

Sanny Orosa de Varona, Commercial Deputy Director of that facility, highlighted that work is being done on the comprehensive maintenance of the room blocks, restaurants, bars, ranches, freshwater and saltwater pools, beach access walkways, the nautical point, the gardening and other common areas.

She considered essential the improvement of the hot water and air conditioning systems, essential to operate and a guarantee for the comfort of the clients during their stay in the emblematic establishment, with a Four Star category and belonging to the Cubanacán Hotel Group.

Colonial Cayo Coco plans to resume operations on October 1, shortly before the start of the high tourist season, and will offer, as other opportunities for enjoyment, some 10 bars, three restaurants specializing in national and international cuisine, in addition to the buffet and barbecues with varied gastronomic offers, he stressed.

The facility will maintain extra-carte offers, such as event celebrations, special dinners, quinces and weddings, she added. Other attractions include a newly repaired gym, with modern equipment for practicing physical exercises, and the Casa del Habano, the only one of its kind in the destination and globally recognized for offering various Premium drinks and cigars, he stressed.

Two medical consultations, including one Stomatology, with highly qualified personnel and the necessary resources for care, represent other guarantees for the safety of visitors to this and other nearby hotels, she said.

She added that the staff of Comercializadora de Servicios Médicos Cubanos S.A and the workers at the facility have all the resources to prevent and control infectious and contagious diseases, taking into account the epidemiological complexities at the international level.

For several months, they have been working on the conclusion of contracts with local and national suppliers to ensure supplies for the winter season and increase the presence of Cuban products, a commitment to the authentic and the substitution of imports in the tourism sector, he emphasized.

The training of workers continues to update them on new trends in hotel operations, which will allow them to offer a service with higher quality and reliability, he specified.

Orosa de Varona highlighted the presence of founders and staff with five, 10, 15 and even 20 years of service, who maintain the commitment to take great care in the attention to visitors, contracted on November 12, 1993, during the inauguration of the hotel, in the presence of Commander in Chief Fidel Castro Ruz.

The Hotel Colonial Cayo Coco ceased its activities during the critical period of the COVID-19 pandemic, until it began to function as an isolation center for Cuban travelers from abroad (from June 8 to November 9, 2021), period in which it accommodated 17 thousand 183 tourists, from Russia, Chile, Canada and Mexico.

At the end of this stage, it was subjected to disinfection processes and continuous improvements, the latter extended for almost a year, which allowed reviving all areas to receive, in superior conditions, Canadian, Russian and national clients, in a fundamental way.

Located in one of the most promising tourist destinations in the Caribbean area, Jardines del Rey’s flagship facility is inspired by the History of Cuba, with colonial motifs in the unique architecture of its buildings, cobblestone streets and small squares that allow you to return in the time to a colonial-style past.

It has 458 rooms, including suites, with enchanting views of the sea, swimming pools and gardens.