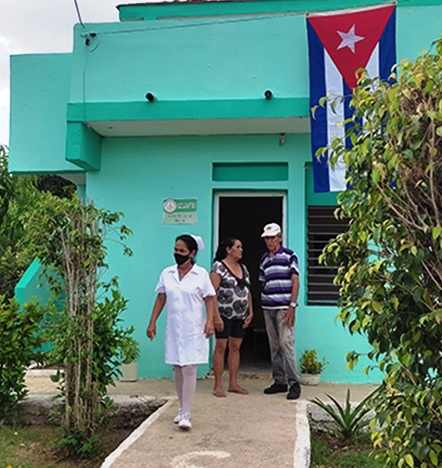 The maintenance actions in 40 family doctor’s offices (CMF) during the current year confirm the existing will in the Avilanian municipality of Morón, to continue the improvement of Primary Health Care (PHC) services.

According to information from the Department of Health Administration, the improvements include arrangements in electrical, hydraulic and sanitary networks, lighting and painting, in a way that facilitates the performance of medical personnel and increases the quality of patient care. .

Sector executives in the locality highlighted the efforts to restore aqueduct services in four CMFs located in the North and South areas, including those of the vulnerable communities of Patria and La Serrana.

With the participation of state and non-state entities, among the latter the JJD medium-sized company and the Nueva Imagen Constructive Solutions project, during the year 2022 six CMF have been fully rehabilitated and five remain to comply with the planned plan for the stage that is taking place , specified Belkys Chávez Fernández, municipal director of Health.

In difficult economic circumstances, the repair of another 10 was projected for 2023, for which a budget of five million pesos was approved, which will allow progress in the improvement and distribution of 800 patients for each of these centers, with the goal of providing better care, he said.

There is the purpose of achieving the permanence of the doctor in the communities, fundamentally in remote areas of polyclinics and hospitals, which materialized in the vulnerable neighborhoods of Manatí, El Embarcadero and La Serrana, where the investments contemplated the renovation of the houses attached to the CMFs.

Chávez Fernández assured that all the offices have telephone service and there are no difficulties with the completion of the staff, the latter facilitated by the graduation of new doctors and nurses.

The Family Doctor and Nurse Program, established 38 years ago at the initiative of Commander in Chief Fidel Castro, plays an important role in preventing risk factors and promoting healthy lifestyles in neighborhoods and communities.