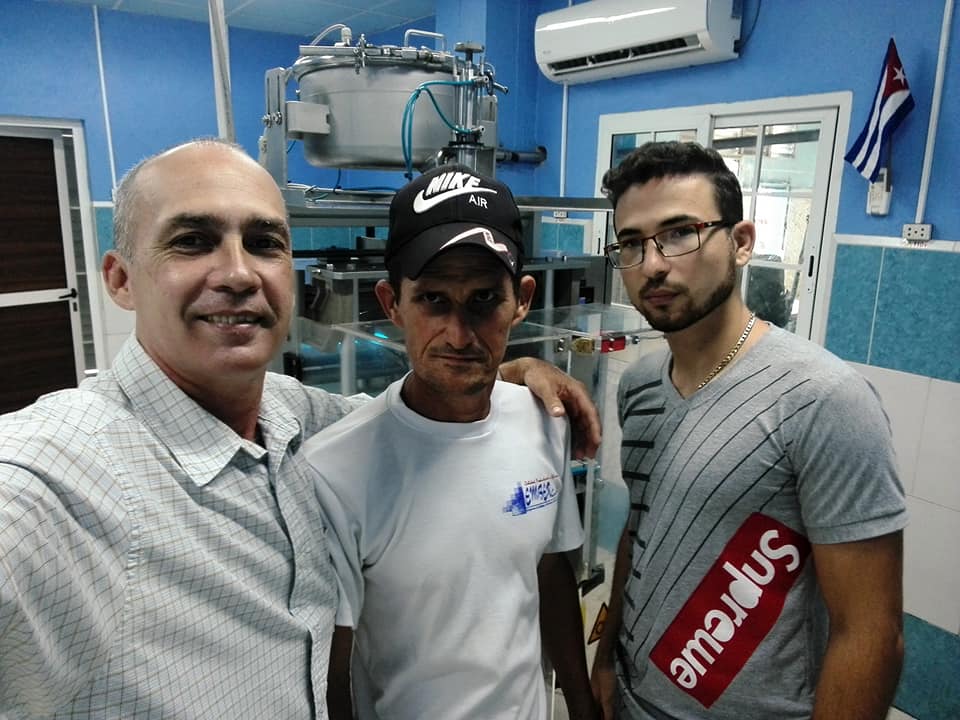 Members of the Local Development Project Servtes-Development, of the municipality of Morón, guarantee the functionality of machines in the Avilanian soft drink industry, an action that avoids the paralysis of these lines and replaces imports.

Alberto Gómez Abreu, head of Servtes-Development, pointed out to the Cuban News Agency (ACN) that a Kaeser brand compressor that was out of service was recovered at the factory located in Morón.

He added that after reverse engineering the electrical circuit of the compressor, they detected that the cause of the stoppage was due to the breakage of the temperature probe for which there are no spare parts in Cuba.

The alternative was to adapt a similar one that is used in the central climate equipment and for this we machined the sleeves of both probes on the lathe, explained Gómez Abreu, who is an automatic engineer.

In the case of the factory that works in the main municipality, the machine for making Coral soft drink bags had broken, and when we checked it we found some power supply cables melted and stuck to other similar ones connected to the controller, which is the whole of that team, the engineer specified.

Carlos Rafael Entensa Williams, director of the Refrescos Coral Base Business Unit (UEB), belonging to the Ciego de Ávila Beverages and Refreshments Company, informed ACN that thanks to the contribution of Servtes-Development, each of the two units will be able to meet its production plan for the current month, which is 509 thousand bags.

The benefit of the services provided by this local development project crosses the borders of Morón since its inception a couple of years ago, since its objective is to guarantee vitality to technological equipment through recovery, repair and maintenance work.

This small group assumes what it does from science, technology and innovation to contribute to the country’s economy.

These amounts represent almost 90 percent of the production capacity and are allocated to Commerce and Gastronomy of the territory, including new forms of management, added the manager.