Contribute to governance with science 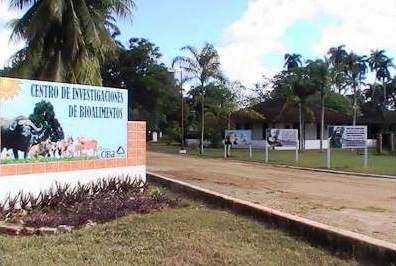 The workers of the Biofood Research Center, CIBA, a scientific institution located in the Avilanian municipality of Morón, carried out the Balance Assembly corresponding to the first semester of the current year, coinciding with the celebrations for the thirtieth anniversary of its foundation, an event that occurred on July 17, 1992.

At the work meeting, its director, the Master of Science Levis Valdés González, reported on the results achieved in the first six months of 2022, which he considered very satisfactory, especially those related to projects linked to environmental management.

Entities that have accompanied the CIBA during these three decades were also recognized, such as the Radio Morón radio station, the Morón Te Ve telecenter, the Benito Llanes Recino Municipal University Center, and the CITMA Capacity Building Center, while it was given a recognition to the engineer Águeda Arencibia Cuéllar, founder of the institution.

The meeting served to ratify the commitment of the workers of this institution with the economic recovery of the country, appealing to governance with science that the highest leadership of the government and the party demands, not only generating results that can be applied to the different branches of the economy, but also promoting and evaluating the impact these have on the quality of life of the people.