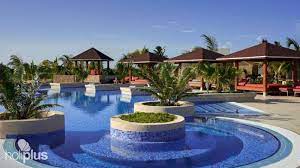 Among the strengths that distinguish the Pullman Cayo Coco hotel, a facility located in the Jardines del Rey destination, stands out a peasant house, currently under repair, in whose patio the client can find numerous elements that bring him closer to the daily life of a Cuban peasant.

According to the declarations of Yanet Mora Ferguson, deputy director general of the facility, the space has crops of spices, vegetables and bananas, along with young chickens, rabbits, guinea pigs, turkeys, geese and ducks that could eventually contribute to the self-sufficiency of some hotel services.

The directive adds that, however, the main attraction of this typical corner that tries to capture the most distinctive essence of the Cuban countryside is the possibility that customers, especially the smallest ones, interact with a way of life totally foreign to them. but from which they have much to learn and enjoy.

It is the country house of the Pullman Cayo Coco hotel, in the Jardines del Rey destination, a different place that is committed to our deepest roots so that the identity of the largest of the Antilles multiplies and reaches, through hundreds of visitors, all corners of the planet.