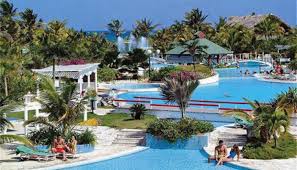 After a triad of hard years, in which the usual number of annual visitors became a goal on the horizon and not a plan, the Jardines del Rey tourist destination, north of Ciego de Ávila, can finally think of a future of growth .

In almost three decades since a road was opened over the sea, the destination has become one of the most important on the Island, with an offer that mixes leisure, sports, cultural heritage, beach and typical gastronomy.

The future, according to Iyolexis Correa Lorenzo, a delegate of the Ministry of Tourism (MINTUR) in Ciego de Ávila, means more than doubling the 25 facilities that make up an accommodation capacity of 10,000 rooms in the Coco, Guillermo and Paredón Grande keys.

Some 37 projects, in accommodation, recreational and support areas, are contemplated in the sector’s boom strategy in the province until 2030, with the purpose of expanding and improving the options for national and foreign vacationers.

According to the owner, it is planned to reanimate and expand the hotel facilities on islets, the improvement of conditions in others located in the cities of Ciego de Ávila and Morón, and the revitalization of the infrastructure and services in popular campsites.

In observance of the environmental impact of tourism and the dependency of the resort on the natural wealth of the keys, each project is accompanied by the Center for Coastal Ecosystem Research (CIEC), with 31 years of work in Jardines del Rey. ensures orderly construction and the application of environmental programs, and facilitates decision-making and execution of actions to reduce aggressions to the environment, according to Maikel Gómez Colina, director of the institution, attached to the Environment Agency (AMA ) of the Ministry of Science, Technology and Environment.

Together with the physical-chemical and microbiological evaluations of coastal spas and lagoons, studies on the behavior of flora and fauna, monitoring and rehabilitation on beaches, for the coming years it is expected to grant environmental certification to bathing areas and bathing centers. accommodation.

The destination is consolidated as the second most important in the country, receiving 20 percent of all foreign tourists who arrive in the country, only behind Varadero.