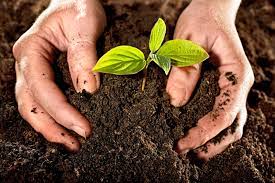 Due to its notable results during this year, the municipality of Morón in Ciego de Avila was chosen as the headquarters of the Provincial Balance Assembly of the Urban, Suburban and Family Agriculture movement, which in 2022 arrived 35 years after its founding.

The meeting, in which executives of the sector and prominent producers from various municipalities of Ciego de Ávila participated, began with a tour of units that are distinguished in the Morón territory thanks to the quality, diversity and yields of their crops.

The reading and discussion of the balance report took place at the Sanguilí Rescue Credit and Services Cooperative, and evidenced that the province has a little more than 500 hectares distributed in organoponics, semi-protected crops, intensive orchards, technical plots and rustic houses.

The Balance Assembly of the movement for urban, suburban and family agriculture in the Avilanian province demonstrated that although progress is being made in food production, there are still many issues that must be resolved in order to satisfy the needs of the people, and to For this, the best experiences must be multiplied, appealing to the talent and desire to do things of our producers.