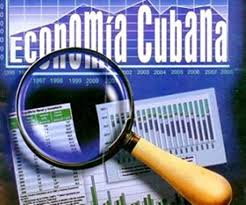 A minimum growth of the Gross Domestic Product (GDP) (at constant prices) of 3% is expected for 2023, based on the reactivation of national productive activities and a greater capture of foreign currency from exports, reported Alejandro Gil Fernández, vice prime minister and head of Economy and Planning (MEP).

He stressed that the Cuban economy continues to show signs of recovery, although it has not been able to do so at the same speed as the drop it suffered in 2020, of almost 11%.

He pointed out that there are conditions to achieve the proposed objectives and that 2023 will be a better year, which is based, among other things, on the control that Cuba has achieved over COVID-19, on the positive results of the recent international tours of the direction of the country, and the International Fair of Havana, in which the growing interest of foreign businessmen was evident, despite the intensification of the US blockade.

When evaluating the fulfillment of the objectives and goals of the National Economy Plan at the end of 2022, the vice prime minister specified that GDP growth for this year is estimated at around 2%, thus not reaching the projected levels (4% ).

Even though the values of 2019 are not reached, we have not gone back either, and that reflects the gradual recovery process in which the country has been immersed since mid-2021, he commented.

He stated that, although the exports that had been foreseen in the plan grew –816 million dollars more than last year–, we are still well below the pre-pandemic values. On the other hand, the projected levels are not reached in two fundamental activities for foreign exchange earnings: tourism and telecommunications services. The foreign exchange deficit remains the main constraint for the economy to reach 2019 levels, he assured.

Gil Fernández also made reference to the slow recovery of national production, taking into account that there are productions that are recovering, but are still well below demand, which affects the deficit of inputs and food. Regarding inflation, he noted that the accumulated until October of this year is 29%, while the interannual rate, compared to October 2021, is almost 40%, which goes directly against the purchasing power of salary and pensions, affecting the consumption of the population.

This is one of the most complicated and urgent issues, and its solution depends on several factors: increasing supply, controlling the budget deficit, reducing spending in certain sectors, and increasing foreign currency income, he explained.

“It is not enough just for revenue to grow, but there has to be price stability.” He clarified that, in the current conditions of scarcity of supply deficit that the country is experiencing, wages are increased to try to match the almost 30% loss of purchasing power, prices will rise 40% more, and creates more inflation.

He also pointed out that price violations continue to be revealed, both in the state and non-state sectors. Here, he stressed, there is a speculative present, and the population is paying a price well above costs. “Price control measures have to be effective to stop the inflationary spiral.”

Regarding the measures in the monetary field, he highlighted the implementation of the exchange market last August as an important piece for economic stabilization, and which, to date, has allowed the State to buy more than 15 million dollars, which represents ten times more than what was being bought before the measure.

He indicated that this money has been invested in the market itself for cash sales to the population, around nine million, and the rest, to economic actors to pay for certain inputs for sales in Cuban pesos. Regarding the new economic actors, until November 30, there were 5,895 MSMEs and 59 cooperatives, which generate more than 100,000 new jobs. Despite the measures implemented, he emphasized, the necessary shake-up of the state company has not yet been achieved.

Based on this, he works on new measures: mission and functions of the Governing Boards and of the Higher Organizations of Business Management; operation of MSMEs and subsidiary companies; and the classification of state companies according to their trade name.

Economic impact of the current process