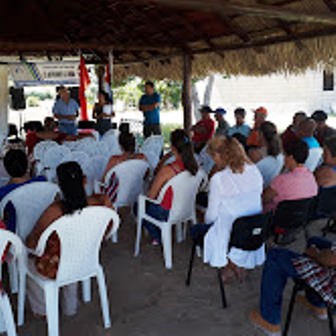 The workers of the Ciego de Ávila Center for Environmental Engineering and Biodiversity, a new name acquired by the former Biofood Research Center, CIBA, held the Balance Assembly corresponding to the current year, with the presence of directors of the Environment Agency Environment and CITMA from Ciego de Avila.

At the meeting, the results achieved during the period were announced, which were considered satisfactory, particularly the four scientific-technical services provided by the entity, and the projects associated with sectoral and territorial programs that are developed in the institution.

A moment of special significance was the recognition made by the CIBA workers to who has been its director for the last 10 years, the Master of Science Levis Valdés González, after which the men and women of this center who stood out the most were awarded. in 2022.

The Balance Assembly of the Center for Environmental Engineering and Biodiversity of Ciego de Ávila served to ratify the commitment of the workers of this institution with the economic recovery of the country, appealing to governance with science that is demanded by the highest leadership of the government and the party in the Greater of the Antilles.