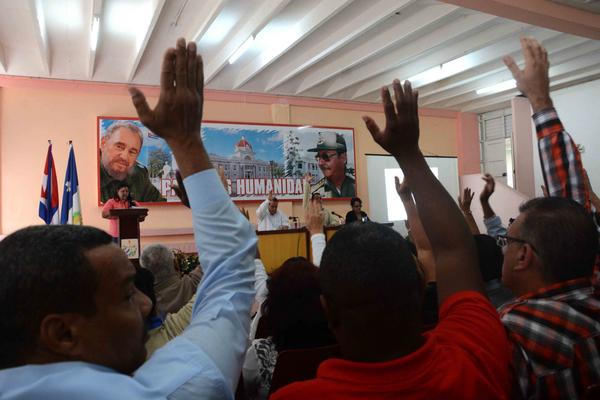 With the realization of the 282 assemblies of voters foreseen in the schedule, the process of nominating candidates for delegates to the Municipal Assembly of People’s Power concluded in the Avilanian municipality of Morón.

The percentage of attendance, which reached 77.01, was satisfactory given the characteristics of the town, commented Rolando Valle de Posada, vice president of the Municipal Electoral Council, CEM, participation that allowed the nomination of the 156 proposed candidates.

Valle de Posada pointed out that 80 women were nominated, for 50.30 percent of the total, and 22 young people, who account for 14.29 percent, while of the current delegates 52 were ratified for 33.77 percent, in addition to a deputy.

The details for the development of the elections on November 27 are being finalized, for which the 149 Electoral Colleges have already been constituted, distributed in the 72 constituencies that comprise the Moronense territory, he commented.

New students graduate from the Training Center for Tourism

New students graduate from the Training Center for Tourism