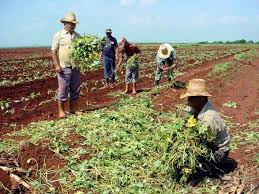 The development of the cold season in the Avilanian municipality of Morón is considered complex, given the difficulties with fertilizers, diesel fuel for agricultural machinery, pesticides to control pests and diseases.

However, the peasant movement has managed to grow and give the maximum contribution to the need to produce food for the population, and has sought alternatives to alleviate them, said Wilfredo Martínez López, leader of the National Association of Small Farmers, ANAP in the province.

The use of biopesticides, of products such as tobacco, with minimal tillage of the land, with the little that exists at the disposal of the country, an important area has been sown and prepared for the sowing of beans, and there are seedbeds ready for planting. tomato, abundant.

At the moment, work is being done on the contracting process for agricultural production 2023, in conjunction with the Ministry of Agriculture, pointed out Martínez López.