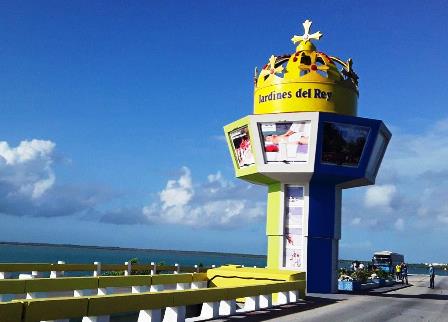 Faced with the new hotel and non-hotel capacities that come to light in the Jardines del Rey Destination, north of the Avilanian municipality of Morón, the Gaviota business group increases its demand for a workforce that contributes to tourism development in this important hub in the center of the country.

This was announced by Teresa Mora, Director of the Employment Office in the Ciego-Camagüey region, who explained that the most demanded specialties in particular are Economics and Technical Services, and in the case of the latter, they include refrigeration, climate, electricity, plumbers, masons, painters, among others.

The directive adds that those interested must visit the employment office, located at Avenida de Tarafa, number 214, and present the documentation required for the recruitment and selection process, after which the office will have 120 days to announce its verdict. .

The Gaviota business group also plans to put into practice other strategies that contribute to attracting new workers, such as reaching out to the El Vaquerito and Patria popular councils, as well as the El Embarcadero community, where the specialists from the office will exchange with the population based on to evacuate possible doubts.