Affects the blockade to Joven Club of Computación 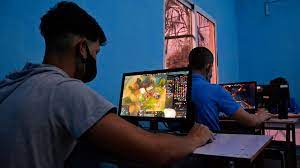 The difficulties in acquiring components that allow the development of the computerization processes of society due to the economic, commercial and financial blockade of the United States against Cuba, affects the services provided by the Youth Computer and Electronics Club in the Avilanian municipality of Morón .

The Master of Science Julio Pérez Rodríguez, director of these institutions in the territory, stated that the Young Computer Clubs have difficulties when it comes to repairing the equipment, which has been in operation for many years.

Part of these means come from the United States, either through manufacturing or through the assembly company, so that acquiring these products in more distant countries makes operations significantly more expensive, he pointed out.

The limitations prevent the purchase of parts and pieces of computers, including motherboards, keyboards, mice, and other essential components for the development of their work, whose purchase is limited due to the blockade, he added.