Attentive to the retreat of the coastline 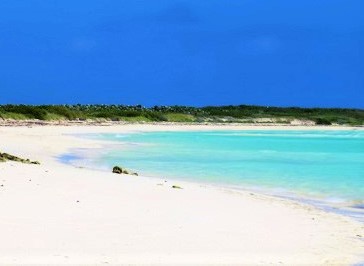 The main impacts of climate change on the sandy beaches of the northern keys of Morón are expressed in the retreat of the coastline by one point two meters per year on average, the increase in the submerged area, erosion, sand migration outside dynamics, rock outcrops and berm area reduction.

This was stated by specialists from the Ministry of Science, Technology and Environment in the Avilanian province who added that all this increases coastal vulnerability to extreme weather events such as hurricanes, as well as the loss of large tracts of land in several of the keys such as Guillermo and Paredón Grande, both in the medium and long terms.

According to these estimates, by the year 2050, Cayo Guillermo will be affected by almost 50 percent of its entire area, while Paredón Grande will be affected by nearly 75 percent, elements to take into account given the tourism development that experience this area.

The actions for the implementation of the Life Task in the municipality of Morón include comprehensive interventions in the areas and places prioritized based on the effects they have experienced in recent years, as well as their influence on the economic and social development of the territory.