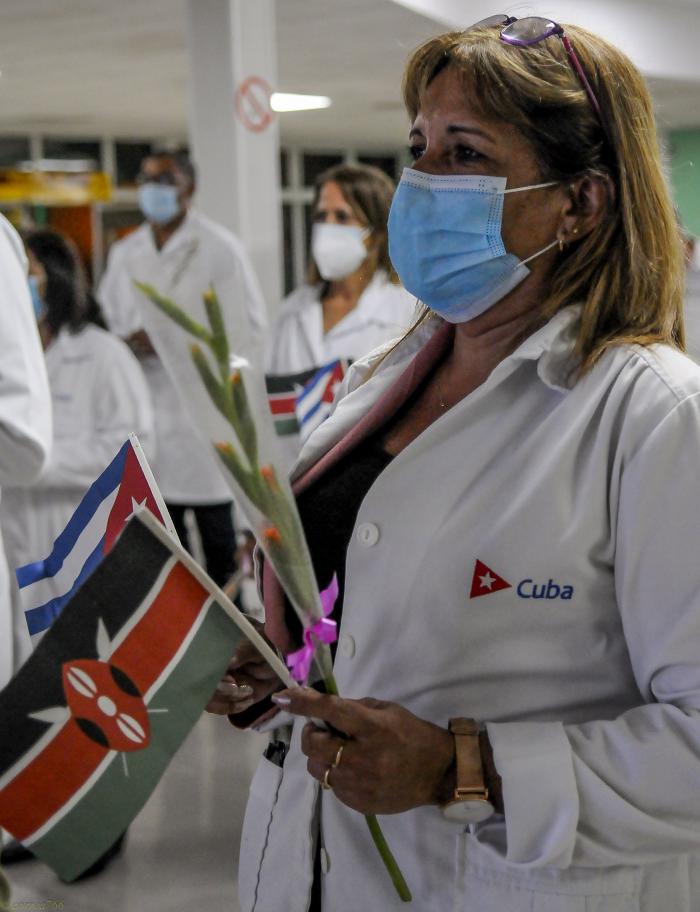 «Where others have taken soldiers, bombs, destruction and death, our medical brigades bring attention, care, medicine, health. Almost a third of the world’s population (has been served) in 61 years ”.

This was highlighted by the President of the Republic, Miguel Díaz-Canel Bermúdez, in his Twitter account, after publishing, on the website of the Ministry of Public Health, that about 1 988 million people in the world, almost a third of Humanity has in some way received the services of Cuban Health personnel, in the course of the six decades of medical collaboration offered abroad by the Greater Antilles.

On the basis of requests from governments, the Contingent first arrived in Europe, the Italian region of Lombardy and the city of Turin; They were also in the Principality of Andorra, and in dozens of nations in Latin America and the Caribbean, Africa, Asia and the Middle East.

Currently, 30,407 workers in the sector work in 66 nations, distributed in permanent medical brigades and others of the Henry Reeve International Contingent of Specialized Doctors in Disaster Situations and Serious Epidemics. (Granma)