Formation of new prices in Morón 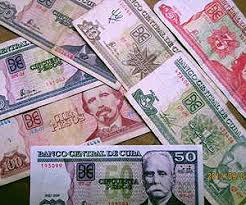 Since the Ordering Task began to be implemented, dissimilar comments have been generated both in favor and against, fundamentally in everything related to the formation of the new prices, a situation in which the Avilanian municipality of Morón has not been oblivious.

This was announced by Marisleydis Fernández Lazo, coordinator of programs and objectives of the economy in Tierra del Gallo, who explained that due to this situation, numerous measures are taken in the territory that respond to the assessments carried out in the different institutions, the analysis of the cost sheets and the opinion of the people.

Thus, in some cases excessively high prices have been significantly reduced, and in the workers’ dining rooms, the nerve center of this new reality, an attempt has been made to guarantee that the value of the product offered does not exceed 18 pesos.

In this way, in Morón actions are carried out to establish the essential balance in order to increase productivity, increase income and protect the population, in a process that began on January 1 and will not stop until the last solution is resolved. of the inconveniences that could affect, to some extent, the welfare of the people.